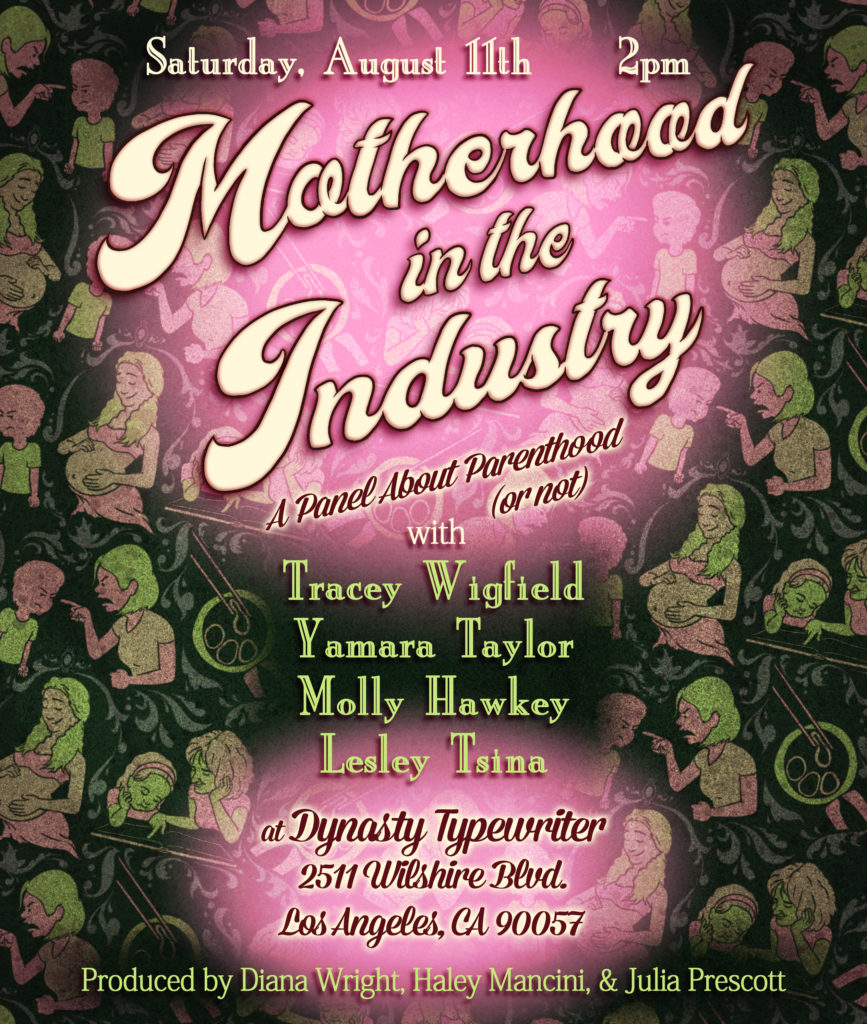 Hey! I’m doing a cool panel on motherhood in the industry with Tracy Wigfield, Yamara Taylor and Molly Hawkey. They represent various types of parenthood. I’m the representative of “or not.”

Tickets are available at https://www.eventbrite.com/e/motherhood-in-the-industry-tickets-48769367491

I expect it to go down in history as “Typewriter of Dynasties, Mother of Panels.” In any case, it’ll be interesting. Check it out! 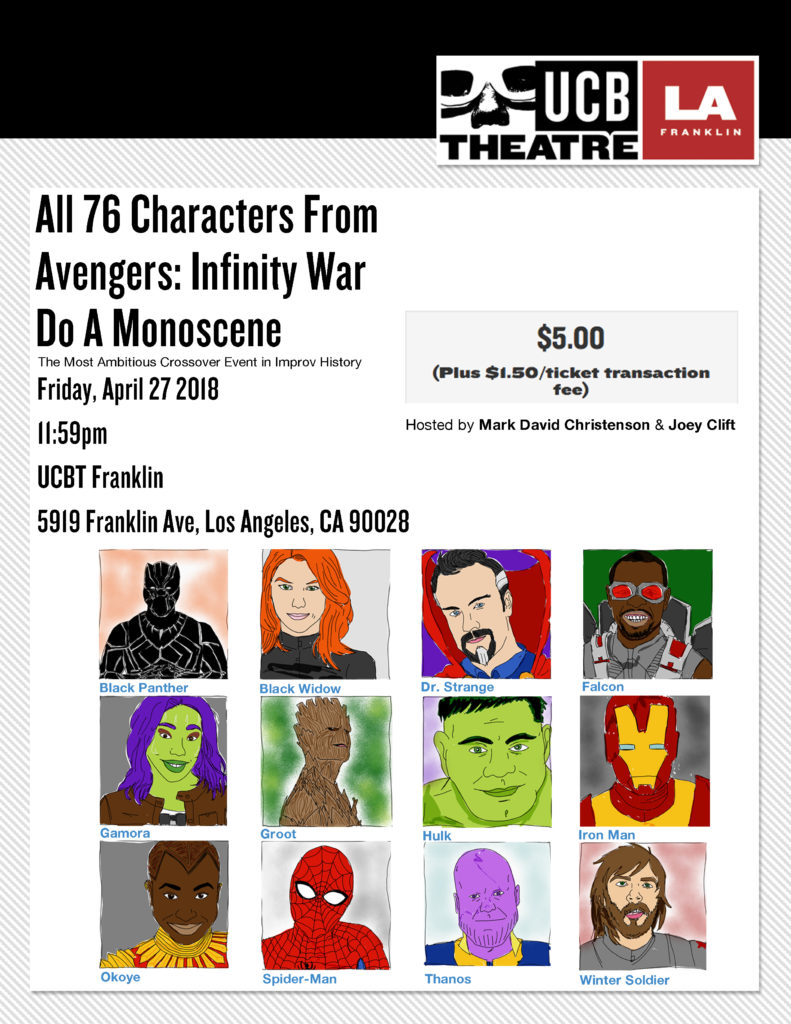 I am doing an improv show where I am one of the 76 characters in Avengers: Infinity War. For real, there will be 76 people onstage. Now I have to figure out how to paint myself green to play Gamora without getting it all over my car. Maybe I shouldn’t do it my my car. Anyway, come! 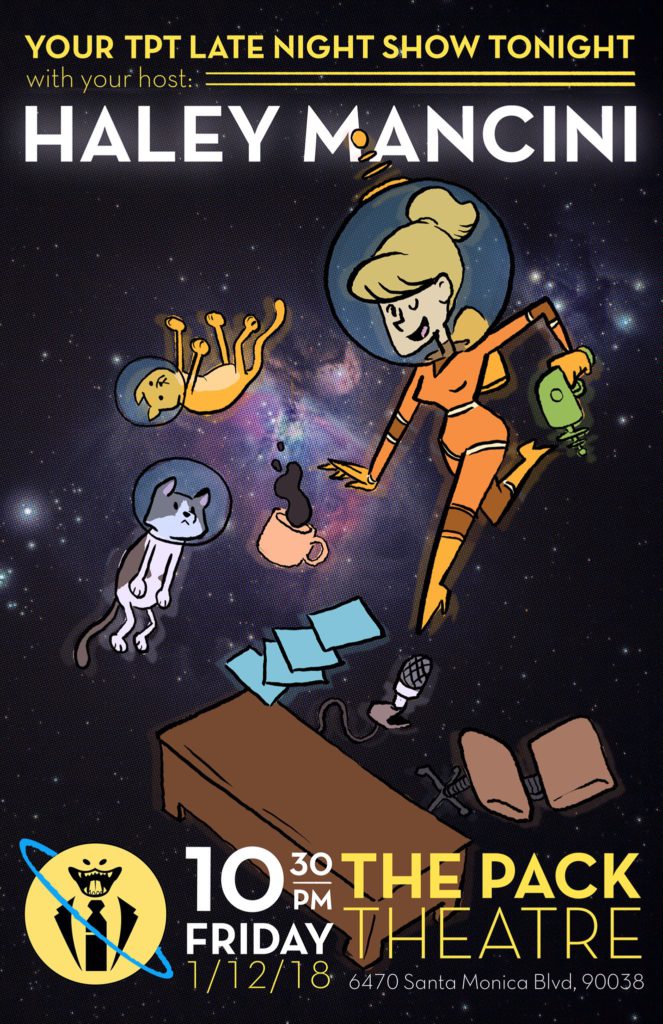 I’m writing and performing in this show at The Pack Theater. My friend Haley Mancini is hosting and the entire show takes place in the a void in space that somehow contains a desk and a late night talk show. It’s free! Come on by! 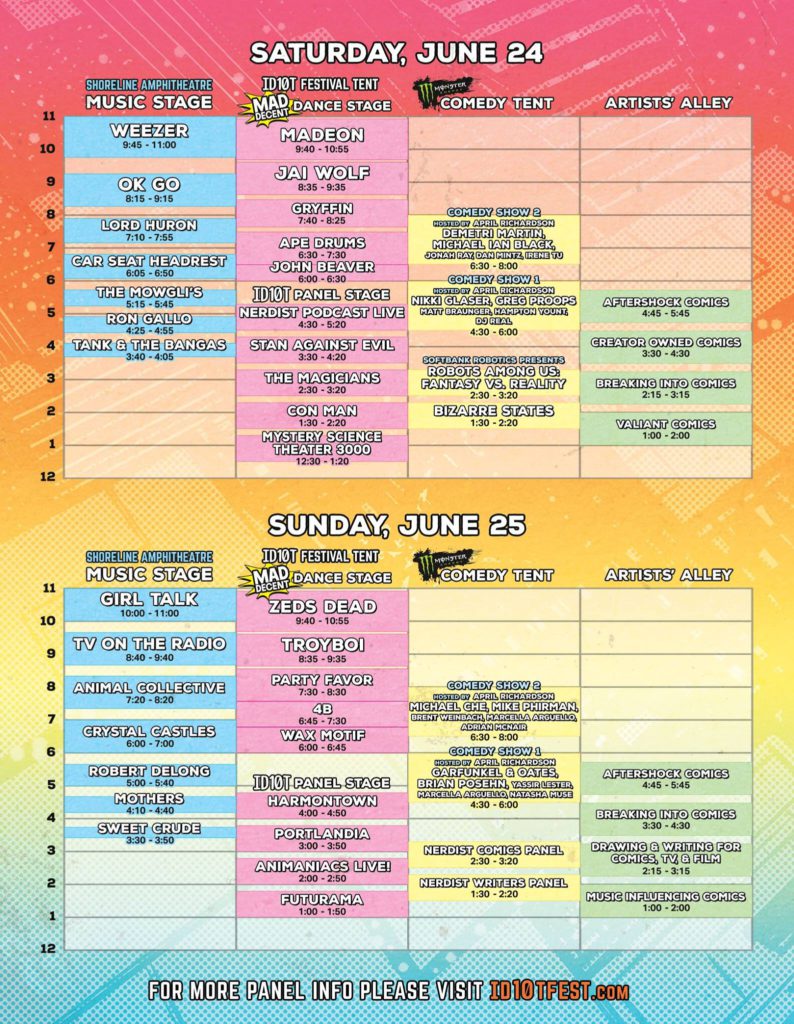 Rare trip up to the SF Bay Area this weekend for Chris Hardwick’s Id10T Festival. I’ll be signing copies of Restart Me Up and manning the booth with The Devastator. We are in Exhibitor Village, Booth 605, next to Laser Tag, for your convenience. Bay Area friends, stop on by, watch a ton of comedy and music and look at some cool new books!

Tickets and info at Sonomalaughfest.com

I’m in a pilot with comedian Nina Daniels and it’s showing this week at the Comedy Central Stage along with her live show. It’s free with reservations. Come!

I wrote a page of what I think will happen in the new Star Wars movie. It’s an exquisite corpse script written by a ton of people and we’re reading it at UCB Franklin on Monday.

Star Wars: The Force Awakens blasts into theaters on December 18th, with a screenplay allegedly written by JJ Abrams and Lawrence Kasdan. Or was it?? Come catch a sneak preview of the REAL screenplay for Star Wars Episode VII, written round-robin style by a rogue squadron of UCB’s funniest writers!